SO MANY SPOILED WALKS

In Saturday’s Telegraph Magazine there was an interview with Catherine Zeta-Jones in which she asserts how happy her marriage is to Michael Douglas by saying, ‘We’ll walk around the golf course together for four hours at a time.’ 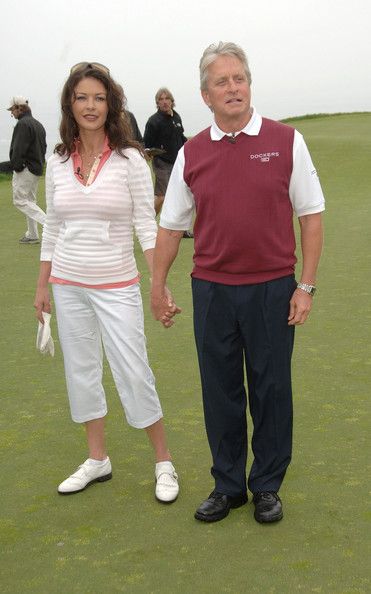 This strikes me not just as grounds for divorce but grounds for murder. Has she never seen the Michael Douglas movie Falling Down?  Doesn’t she know that terrible things happen when you’re walking on a golf course?  Golf being just one of them. 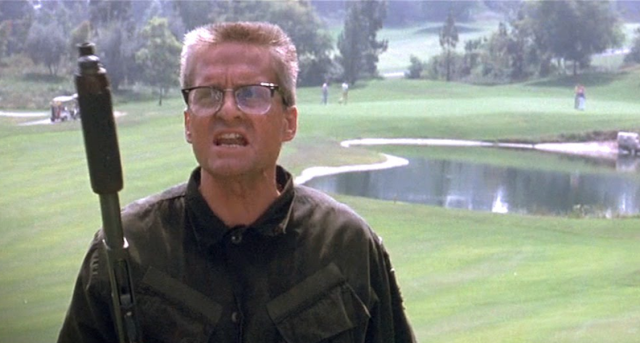 Posted by GeoffNIcholson at 3:49 AM No comments:

NIGHT AND THE CITY

A friend gave me a mighty pile of old copies of the London Review of Books - over a decade’s worth - and I’m very slowly working my way through them.

Inevitably I’m not reading them in historical order, and one of the most tantalizing things in any issue is the Letters page in which correspondents react to reviews from the previous issue, which I’ve generally not seen. 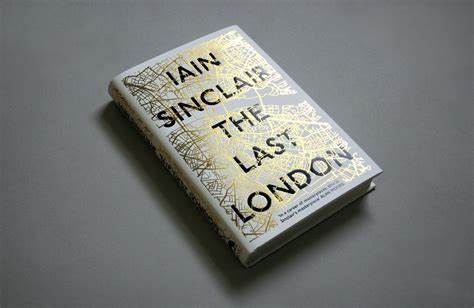 In the issue from May 2 2017 there’s a letter from Iain Sinclair reacting to accusations about his ‘failure to supply an adequate headcount of female characters (or influences) in any text I have written.’  To defend himself he calls in the chapter fromThe Last London‘celebrating the flaneuse and photographer Effie Paleologou.’

I remember thinking when I read the book that the name seemed so improbable it might be Sinclair’s fictional invention, although in that case I thought he’d have chosen something less improbable. But no, Effie Paleologou is a ‘real’ person with a considerable presence outside of any text by Sinclair.  Her work looks like this: 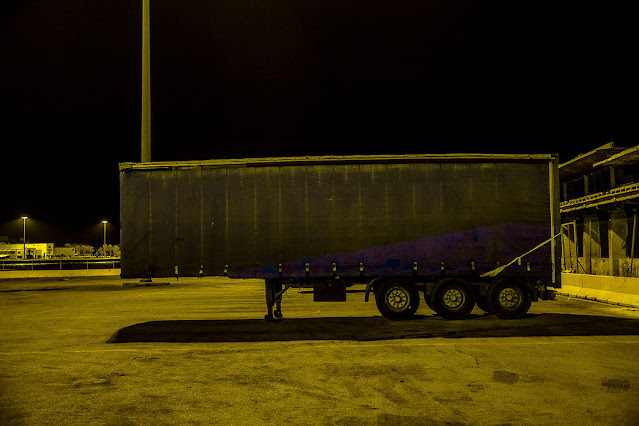 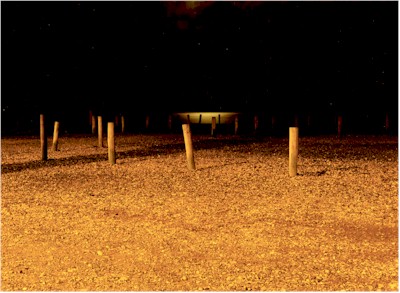 Most of Paleologou’s work that I’ve seen features this kind of nocturnal cityscapes in London, Athens, and for one project Hastings.  Her books and collections have titles like Mean City and Tales of Estrangement and at least one of the sources I’ve read describes the spaces she depicts as nightmarish, but I don’t find them that way.  I don’t even find them especially mean or estranged.  I just like them is all.

It seems that a fair amount of walking must have been involved in taking these pictures, and we know that nocturnal wandering is a very different thing for women than for men; the nocturnal flaneuse seems to be a special category within the ranks of flaneuses.

On many days of the week I think street photography is a dying form, which seems a terrible shame and means that that many of photographers I like - Garry Winogrand, Diane Arbus, Vivian Maier, Bruce Gilden, Helen Levitt, Daidō Moriyama - may be the end of a certain line.

People are increasingly touchy about those who brandish a camera in the street, with its overtones of intrusion, stalking and sexual harassment.  And when it comes to children -fuggedaboutit:

Of course taking photographs at night when the streets are empty is one way of getting past all that.  And in any case it must be as Joe Jackson put it, ‘It’s Different for Girls.’

Therefore I was pleased to discover the work of a ‘global community named Women Street Photographers  - there’s an Instagram account and a website. Some of the work seems to stretch the definition of ‘street photography’ but no doubt that’s the point. 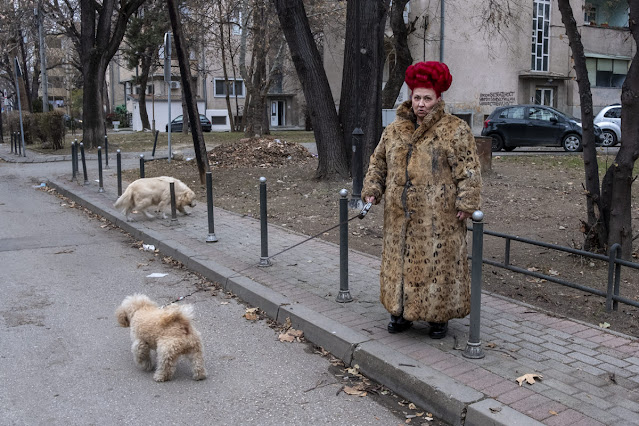 There may be life in the old form yet.

Posted by GeoffNIcholson at 5:23 AM No comments:

the natural environment.  If I had to choose one or other I’d probably go for the former

but fortunately I don’t have to choose.

And I’m always particularly taken by the way the built environment and the natural world come together, even if in some ways they’re in conflict.  Sometimes these may be highly organized and sophisticated and ways but I prefer something a bit more ad hoc – an overgrown house for instance. 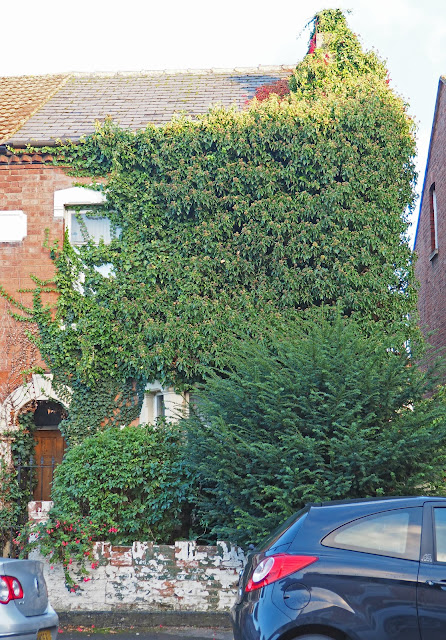 But the form I like best like is where a single manmade upright, say a telephone pole, a lamppost or a street sign, becomes a support for a creeper or a climber, more often that not ivy.

This one’s in Stroud: This one’s in Dovercourt: 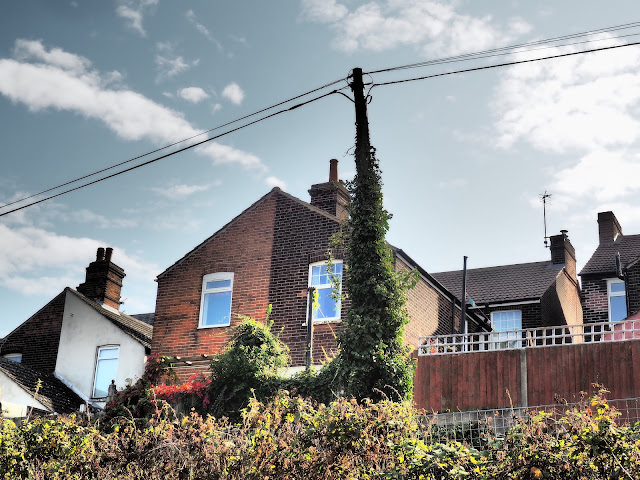 This one’s under the pedestrian bridge by the station in Colchester: 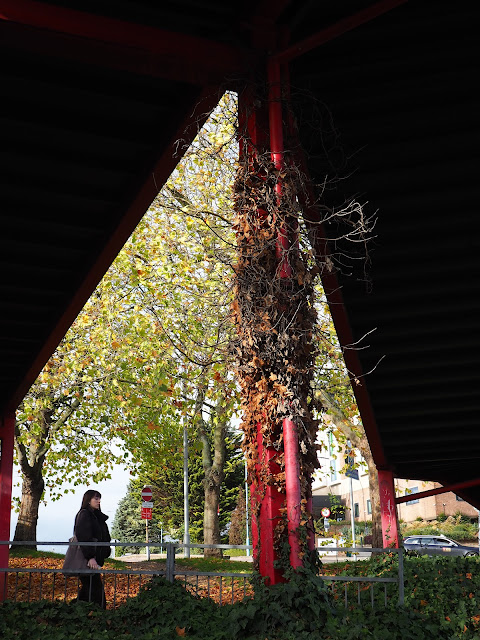 This one’s in the Hollywood Hills: 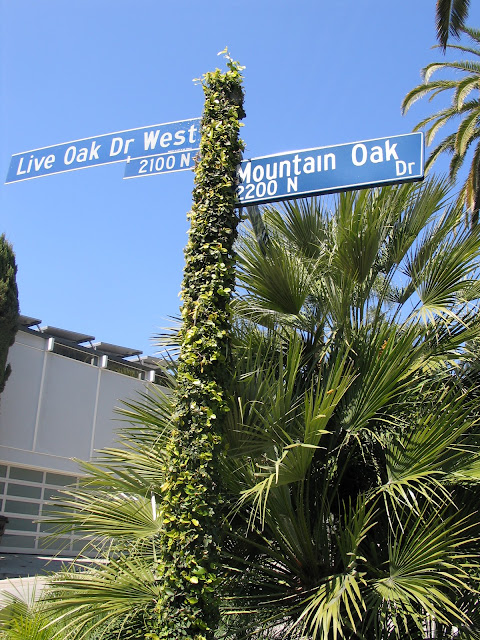 And here’s an odd one in Holland Park: 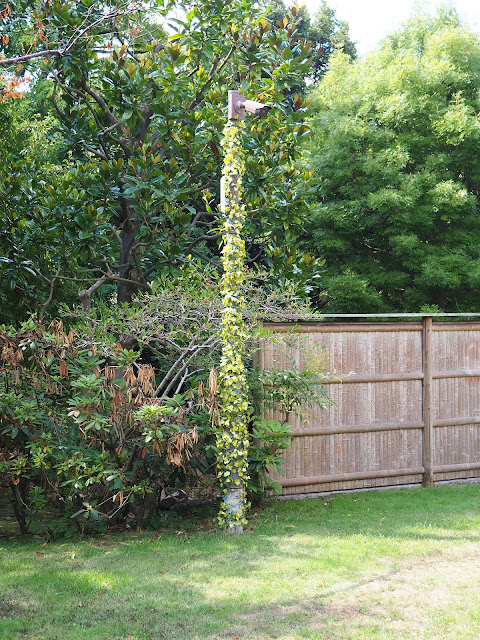 In this case the upright is supporting a security camera and although I can understand why the powers that be would want something to grow up it and look ‘natural,’ – I have a suspicion that the ‘ivy’ growing here may be fake. Given the security camera I thought it best not to walk across the grass and investigate.  But it obviously belongs to the same breed.

As far as I’m aware there’s no name for this phenomenon and so, unless somebody knows the ‘proper’ term, I’m going to claim this as ‘The Nicholson.’

Now all I need is for the rest of the world to accept it.

Posted by GeoffNIcholson at 5:52 AM No comments: 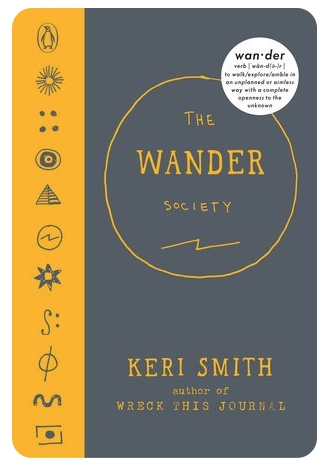 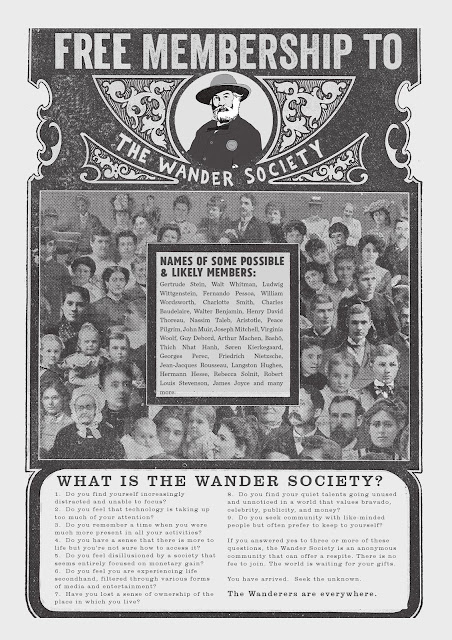 The book’s McGuffin is that Smith bought a secondhand copy of Walt Whitman’s Leaves of Grass, and found it contained annotations such as ‘WW will show you the way,’ ‘Solvitur Ambulando,’ along with the name of the Wander Society and its lightning bolt symbol.

In due course she sleuthed out more information, became a member, and she thinks that you, the reader, might want to do the same.

The conceit is sustained online by a modest Wander Society website, and the book comes with a quasi-academic introduction by the, I assume, fictional Professor J. Tindleman. 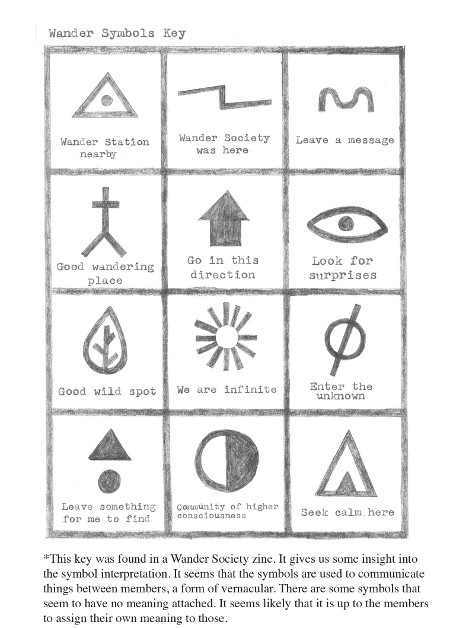 The book is a handsome object containing texts, manifestos, graphic art, photographs, diagrams, meditations, suggested ways of walking (some familiar, some not), quotations from walkers and wanderers, booklists of recommended reading.  And yes, you will find Nicholson’s The Lost Art of Walking in the same list as Perec, Sebald, Dickens, Gary Snyder and Nick Papadimitriou, among others.  Cool.

Some of the ideas may be familiar to experienced walkers, not to say psychogeographers, but of course walking and wandering are not quite the same thing, and Smith assures us it’s OK to wander via the imagination or literature.

I was very taken by a section titled ‘Slow Walking’ in which Smith says, ‘Slow down your pace to at least half speed, slower if you can … There is no need to speed up.  Everything you need is right here.’

At a time when I constantly read about the many health benefits of walking ‘briskly’ I find this wonderfully refreshing. 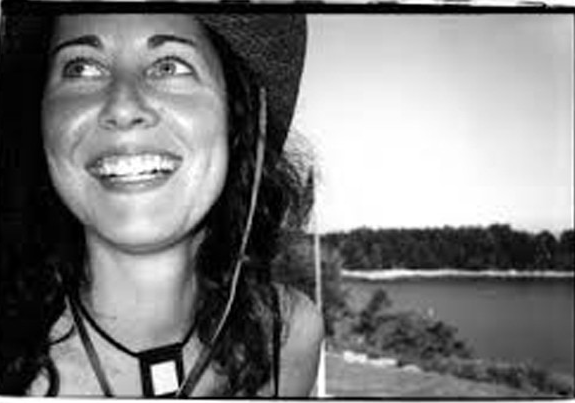 Then, as luck or fate would have it, quite unconnected with Keri Smith as far as I’m aware, I came come across this photograph on the Instagram feed of artist Robert Bean.  (Hi Robert!). 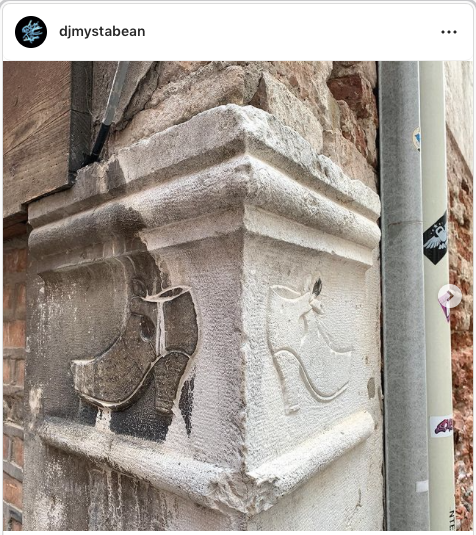 Both he and Keri Smith are Canadian though I don’t know if that’s at all significant.

I assume those carved shoes are ‘simply’ art or decoration, but after reading Keri Smith I can’t help wondering if it’s the symbol of some clandestine organisation of walkers, or possibly of shoe fetishists.  I’m no conspiracy theorist but I do like the idea of a universe of secret societies, none of which (I assume) would want me as a member.

Posted by GeoffNIcholson at 7:49 AM No comments:

We know that all great enterprises, not least great walking enterprises, contain elements of danger and absurdity. Even so, walking 4000 miles from Spain to Qatar, for the World Cup does seem to be asking for trouble. 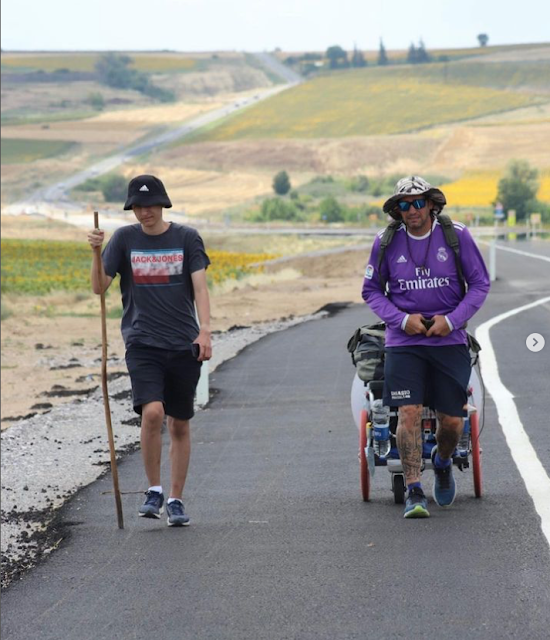 But that 4000 mile walk is what Santiago Sanchez (that's him above on the right) is doing, or at least was doing, and let’s hope he’ll soon be in a position to continue doing it.

In fact that route does look, in some sense, ‘walkable.’ Google maps suggested this way if going by car but says ‘Sorry, we could not calculate the walking directions.'

As you will see, it doesn’t require going through Iran, but it seems that Sanchez took a detour there and he ‘disappeared’ at the beginning of October, which in modern parlance means that he stopped posting on Instagram: the last one was dated October 1st. 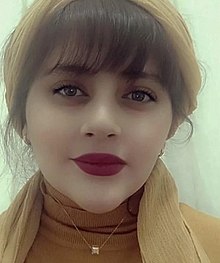 It now appears that the detour took him to the grave of Mahsa Amini, the young woman whose death in police custody gave rise to the current anti-government protest movement in Iran. 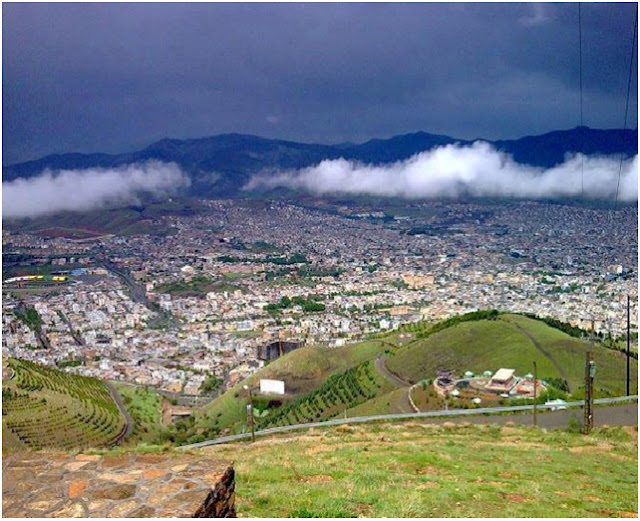 Last week Sanchez's mother, Celia Cogedor, told The Associated Press that she’d heard from the Spanish foreign ministry that there was 'a 99% chance he (was) arrested.’ 'We are filled with hope,' she added.

It seems a strange state of affairs when you’re hoping that your boy is incarcerated in an Iranian prison but I’m sure we all feel the same way,  considering the alternatives.

My hopes are with him and his mother, and indeed with all walkers who like their walking to contain risk, even if I myself am a complete wimp in these matters.  Walk on brother.  Enjoy the football when you get to Qatar.

Posted by GeoffNIcholson at 9:08 AM No comments: