THE OPPOSITE OF WALKING


Having been a talking head last weekend, I was an “expert” panelist this weekend, at LitFest Pasadena.  The title of the panel was simply “LA On Foot” something I do feel reasonably able to talk about, although in many ways sitting on a panel feels like the opposite  of walking.  Since I live 15 miles from Pasadena some driving was required, and of course I thought about walking there and back, but it seemed a bit much for a Saturday afternoon. 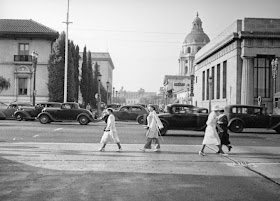 Chairing the panel was Stephen Reich who is, among other things,  one of the producers of a show titled City Walk “the only television series that journeys by foot across the country for a ground's eye view of urban America. Experience the vibrant streets and sidewalks of Los Angeles, New York, Boston, Atlanta, San Francisco, Portland, Las Vegas, Denver, and Washington D.C. while discovering stunning architecture, magnificent monuments, serene parks, and communities transformed by a new breed of pedestrians who march to the beat of a different drummer.”  Well yes. 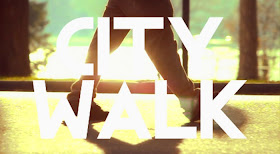 On the panel were James T. Rojas, an urban planner, who made the fascinating point that Latino immigrants are accustomed to having large public squares to walk in back home, and so when they arrive in LA many of them turn their front gardens into a miniature version of the public square complete with benches and a fountain, though I suppose the opportunities for walking are considerably reduced.

Also on the panel was Lynell George, a fine journalist who among many other things runs a photoblog titled wanderingfoot (which I must admit I first read as wandering fool) with some pretty fab pictures, such as these: 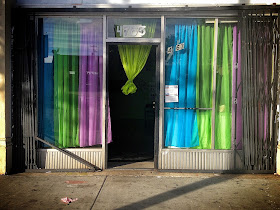 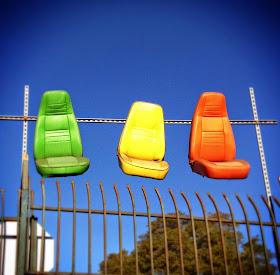 In a piece for “Which Way LA” she wrote “So first with just a notebook, later with a camera, I began to walk Los Angeles—its grittier neighborhoods, cul-de-sacs and alleyways—in the early less-cluttered hours to see what I might find. Often, hiding in plain sight, I’ve found souvenirs of the last century—backyard incinerators, rusting hulks of past industry, hand-painted ghost signs hawking nickel movies or the promise of ‘Nice Rooms.’”
Sounds like psychogeography, right?  Though that deadly word wasn’t mentioned in the course of the session in Pasadena.   I have learned this is a word that makes 99 percent of people in the world glaze over with mystification (at best).

It being a literary panel, Steve asked us whether we had a favorite literary piece about walking, and I mentioned Jim Harrison’s “Westward Ho” – a novella about a man who walks across LA, from Cucamonga to Westwood.  Harrison writes that this is a 47 mile walk.
A few people in the crowd thought this sounded like an impossible walk, and also that the distance was more that 47 miles.  I was in no position to argue, but when I got home it checked it on MapQuest, and they (or at least their algorithm) reckon it’s a doable walk, if a few miles longer than described by Jim Harrison. 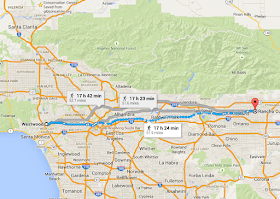 I know that Harrison is at least something of a walker – that’s him below with Gary Snyder. 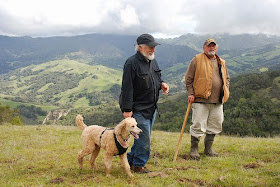 Of course when you're on these panels you usually come away wishing you’d said something other than what you did say, but I had a strangely different experience this time.   At one point I found myself saying, “We all want to be safe when we walk and the more people walk the safer we’re all likely to be.”  It sounded true, and a perfectly reasonable thing to have said, but you know, it just didn’t sound like the kind of thing I’d usually say.