through the world, and it seems this is a suitable subject for art.

More often than you might imagine you see sculptures of people walking through the world.

This is Giacometti's Walking Man: 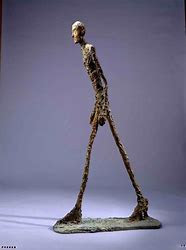 And this is Giacometti's Walking Woman, which would probably be cancelled if more people knew about it: 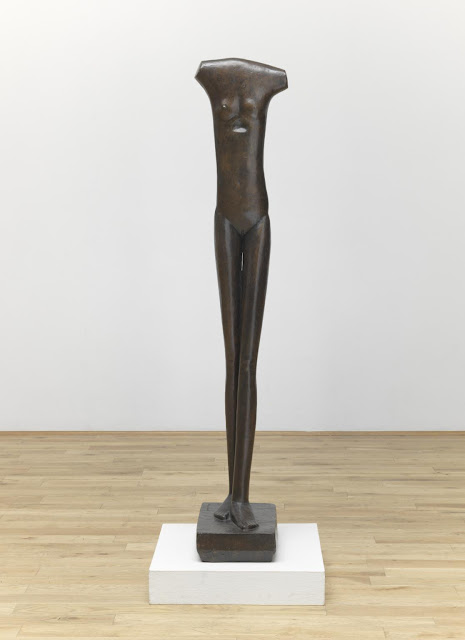 You’re seldom just walking along and suddenly come upon a work by Giacometti – you tend to be in an art gallery - but I realized that in my walking, without looking for them, I’ve come across a certain number of sculptures of people walking.

Just a week or two back, walking in Holland Park I came across this walking man by Sean Henry. The statue is painted bronze but the path is genuine concrete: 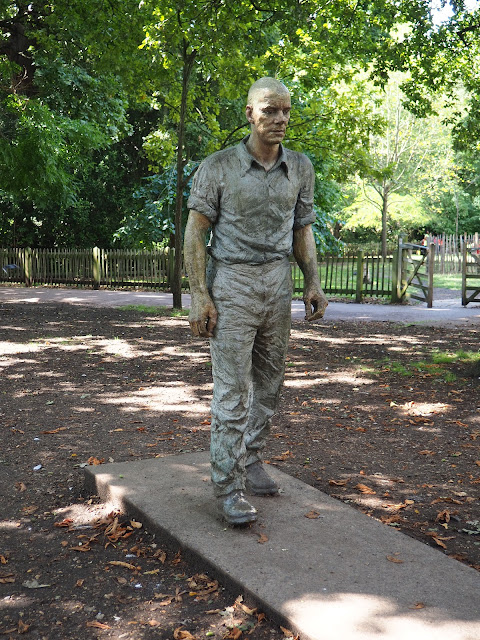 And I was reminded of the walking man I probably know best, this one in Sheffield by George Fullard, positioned outside what is now called the Winter Garden. 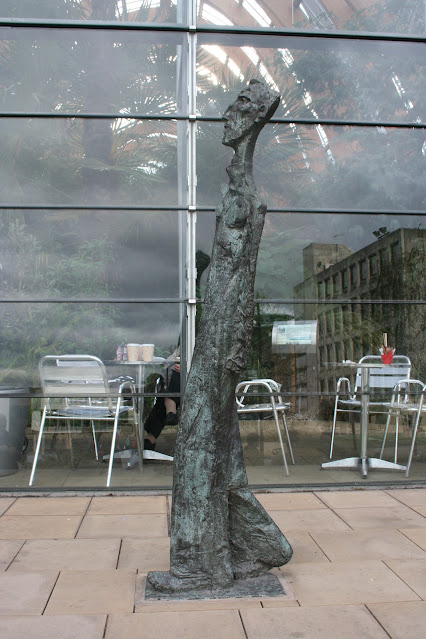 I feel that most Sheffield walkers aren’t quite as lean as that – but let’s call it artistic license.

And I was also reminded of this statue at the Walker Art Center in Minneapolis by George Segal.  People stopped walking in order to stand and stare at it. 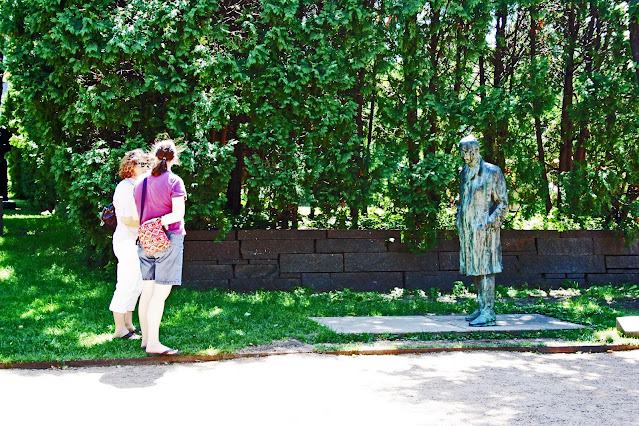 Naturally there are some interesting ironies in all this.  The viewer is walking, but even though the statue shows somebody walking the art work is perfectly still, frozen in time and space.

And then it clicked that Sean Henry, the artist who made the walking man in Holland Park  was also responsible for this Walking Woman in Colchester, which I know quite well and like a very great deal. 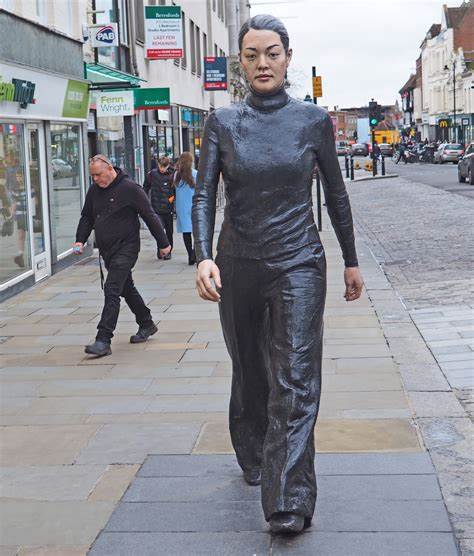 Apparently there are different versions in different locations, often in snowy climes.  Frankly she doesn’t really look dressed for it.­ 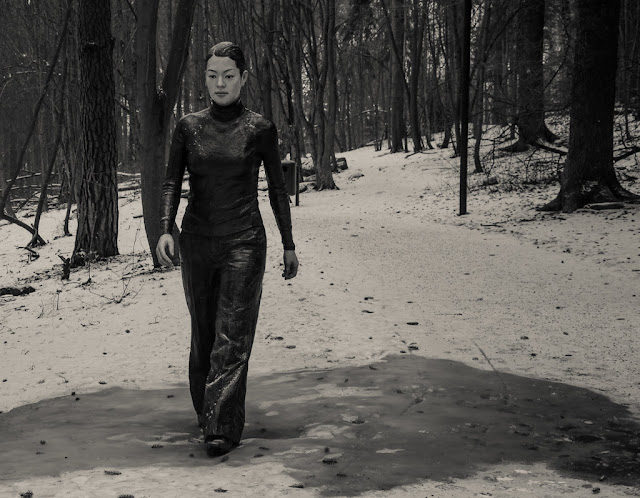 Posted by GeoffNIcholson at 12:11 PM